Section 2. What do you know about the United Kingdom of Great Britain and Nothern Ireland? - Биболетова, Денисенко, Трубанева 6 класс (ответы)

9. Read the words in transcription. Write them down with letters

10. Write down the numbers in words

11. Translate from Russian into English

1. Look at the map! The United Kingdom consists of four countries.

2. Have you ever been to an ancient castle?

3. The climate in Great Britain is very changeable.

4. The English language is the language of international communication, isn't it?

5. It was difficult for me to understand his speech.

13. Look at the map. Write down the parts of the United Kingdom and their capitals 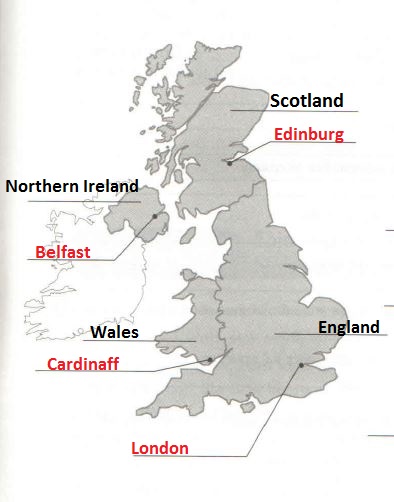 14. Colour the pictures then label and match them 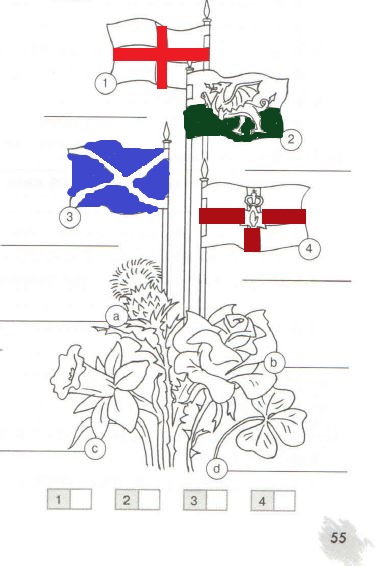 2. The capitals are London, Edinburg, Belfest and Cardiff.

3. The official name is the United Kingdom of Great Britain and Nothern Ireland.

4. The climate changeable in Great Britain.

5. The English language is an official language of the United Kingdom.

<< Section 1. Would you like to take part in the international Internet project?Section 3. Let's arrange a trip to England!! >>