1. a) Match the person, his / her occupation, and the country where he / she it from. 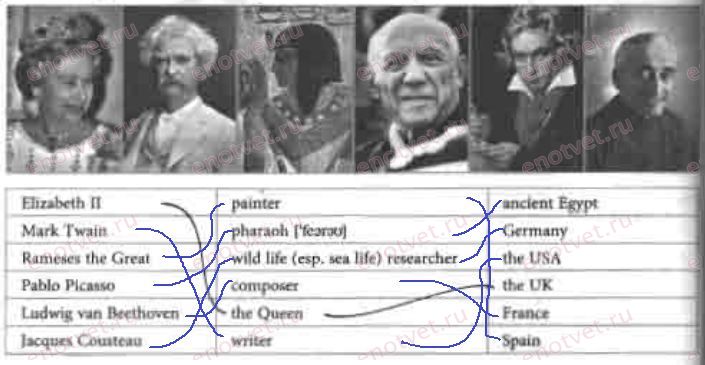 b) Write what you remember about one of these people.

Her Majesty Queen Elizabeth II was born21 April 1926. She is the thirsty-eigths is distrect line of descent from Egbert. Kind of Wessex and she is the fourtieth monarch since William I.

2. Guess what country they have been to? Complete the sentences. See the Linguistic and Cultural Guide on pp. 134-136, Student's Book.

Example: 1. I saw the Niagara Falls. They arc beautiful.

Sam was in Canada.

2. I went for a walk in Nottingham Forest. It was exciting and I thought about Robin Hood.

Paula was in the UK.

3. I saw Red Square. Its one of the most beautiful squares in the world.

Alex was in Russia.

4. I saw the Coliseum. It was impressive.

George was in Italy.

5. I saw the Pyramids. I cant understand how the ancient people built them without modern machines.

Kevin was in China.

Example: The Australians / the Polish (sociable).

I think the Australians are more sociable than the Polish. or

I think the Australians are less sociable than the Polish 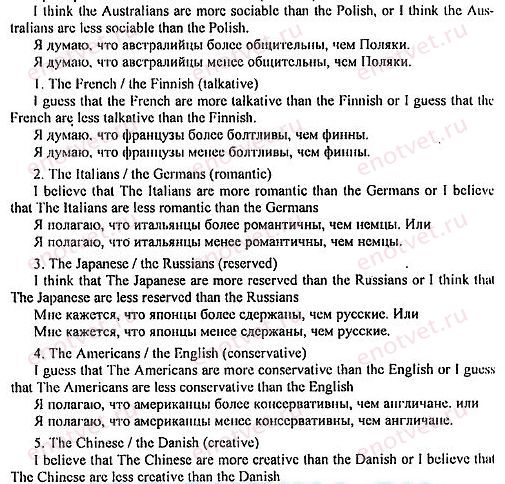 4. a) Read the dialogue and fill in the name of the country in the gap in the laat line.

b) Act out the dialogue 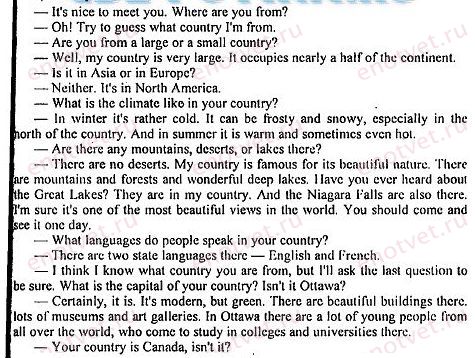 5. Make up the questions you can ask if you want to get the information about a country.